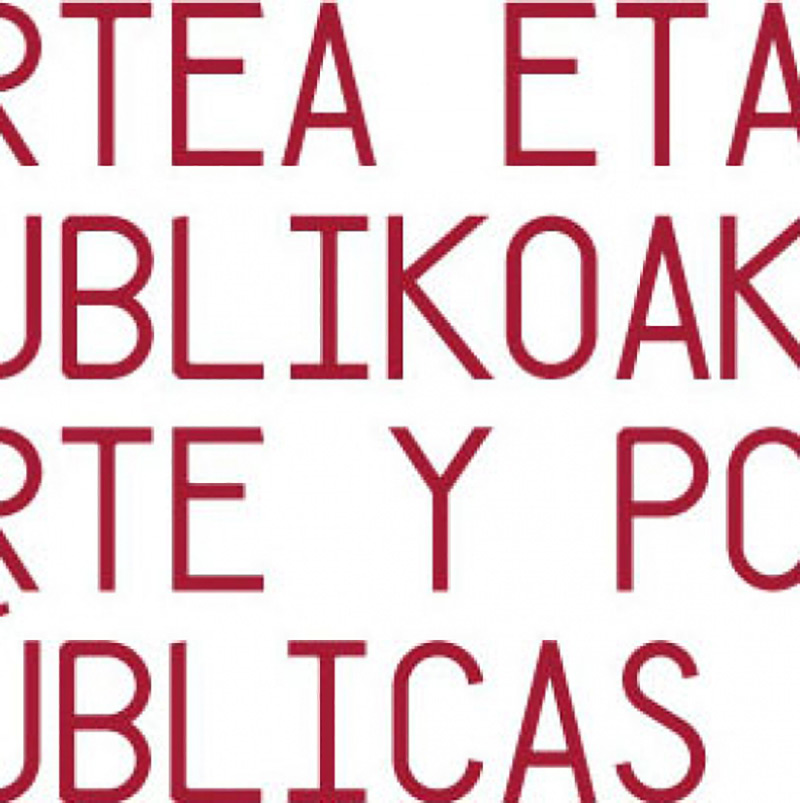 Along the lines of previous initiatives such as the Seminar that was held in January 2012, on this occasion the seminar, organised by eremuak, will focus on the legitimisation discourses that informed public policies, to explore questions such as: the new institutional frameworks, self-instituting processes, collective practices, definitions of participation in art and society, financing methods and the laws of patronage and heritage policies.

The seminar will take place over two days and is structured around two committees in which a number of different professionals will take part: artists, curators, and art historians. In each session, the debates will be preceded by a talk on the proposed subject.

The central position that culture reached during the 90s was led by the uncontested conservative revolution, one of the main achievements of which was that art and culture could be seen as an economic resources. Several processes, the origins of which referred us to different areas of the social environment, have been identified with this idea and have considered it convenient to provide an economic space for the so-called creative practices. This recognition is quite interesting because to a certain extent it reformulates once again the relationship between economics and what had been called until now “work”. Thus, under the term Creation Industries, in its versions of museum, foundation, gallery, collectors, factory, workshop, group, assembly, there is a non-critical tension, summarised in the placing of an economic resource of a productive nature in the space created by the so-called “cultural change”.

This work session intends to tackle the different forms of institution, association, agency, group, set, etc., constituted within the framework of the new economies of culture described.

The history of cultural and artistic institutions in the Spanish state over the last three decades is a story of discontinuity and change. The current economic crisis casts a shadow on cultural structures and institutions that were created during a time of general social and economic optimism. This crisis poses a question that needs to be answered. The strategies followed in the cultural policies created by the administration and those conceived by civil society are characterised by the friction they generate and by the setting of parallel paths that inevitably intersect each other at some point. Within the European context, the ways of “new institutionalisation” have evolved over a period of time into a discursive and curatorial conglomerate destined to transform the institutional apparatus through a revolution in the ways in which the art-institution is presented to society.

This work session intends to launch a series of questions about the institutionalisation models that are arising from association, collaboration and the desire to open new ways for the art-institution. It involves determining the possibilities for these other forms of institutionalisation. It also involves discussing the importance of the existence of associations of artists and other professionals, their function and their role in the institutional system, how they organise themselves, etc. Parallel to this idea of association there would also rise the idea of a community of artists and the role played by some of these new institutions and the institutional spaces and installations that depend on the government for their existence.