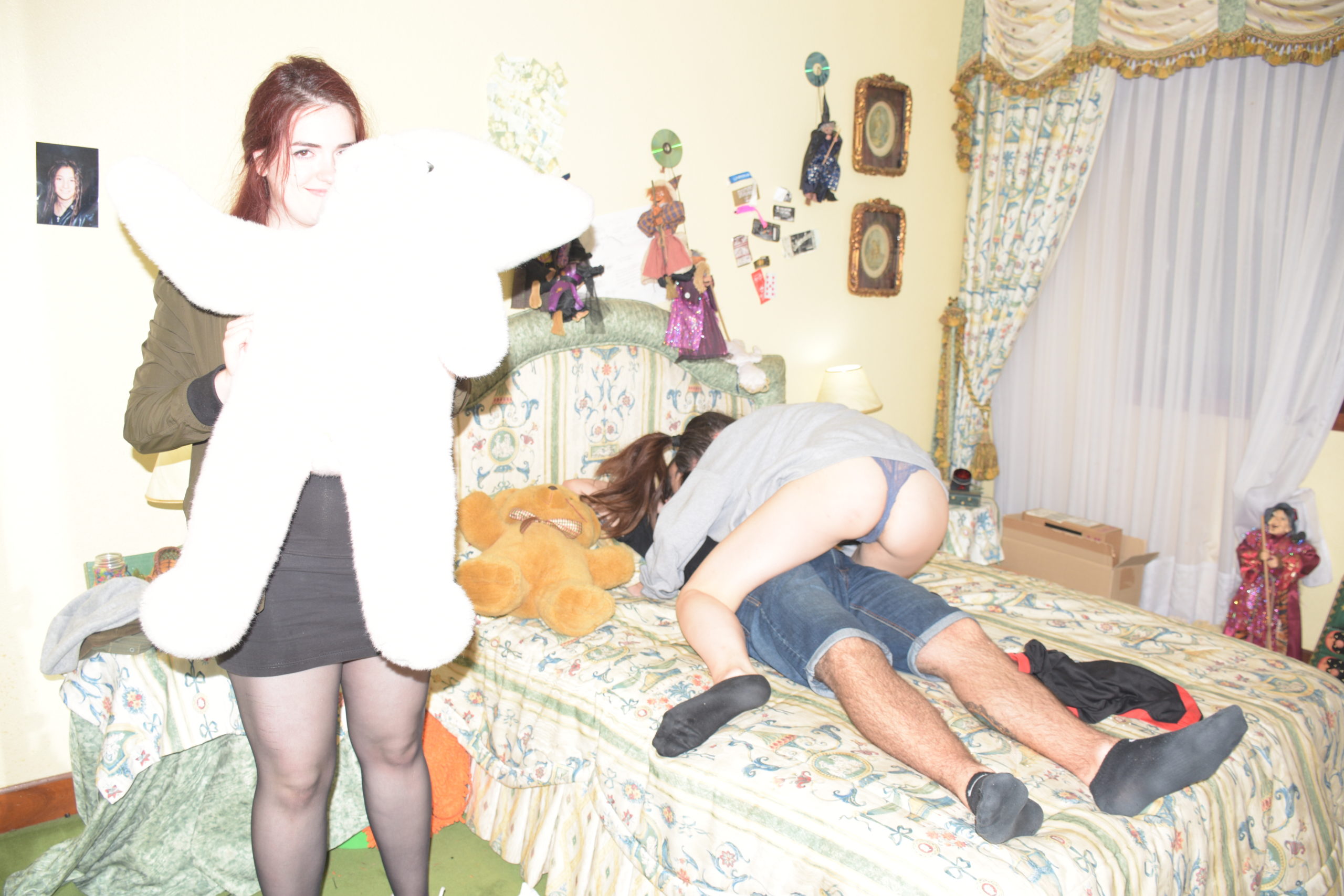 Zabor zuria is the Basque translation of the English term white trash. It is a disrespectful term that, as always, always refers to “someone else”. It is a determination and a reference. It defines someone that is of a lower standing, who does not have economic resources, which transforms them into something dangerous, an undesirable situation. Not a person, but a situation.

If we take “white” as an adjective, the term appears to enter into an absurd category: disposable materials with the single nexus of their white colour. If we instead separate it as a noun, “white”, race, with which many of us identify, when we arrive at “trash” we find ourselves included, marked as garbage. Obviously this is simply playing with words, but by doing so they appear to alter their fields of reference, and within this breach appear new geographies.

No matter how these attempts to dominate move, we are where we are. The different images of Zabor zuria indicate the location of five individuals of 22 and 23 years old. A place mixed with experiences and beliefs. They are five unique positions, if the work to make these positions public is done well. They are not so unique if the various tales of success are not left behind. They are not so public if one has not left oneself behind. It is interesting to see how the imaginary from which these images of these young people are produced has changed notably from that which not long ago, and for 30 or 40 years, was the substrate in the representation of Basque youth.

Before there were other youngsters of 22 and 23 years old, and before they imagined their place in the world. This building, the Kulturate, was a place where these young people met. When conjugating it in this way, in the past, it appears for an instant as though youth no longer exists. The reality is that youth is a constant within us.