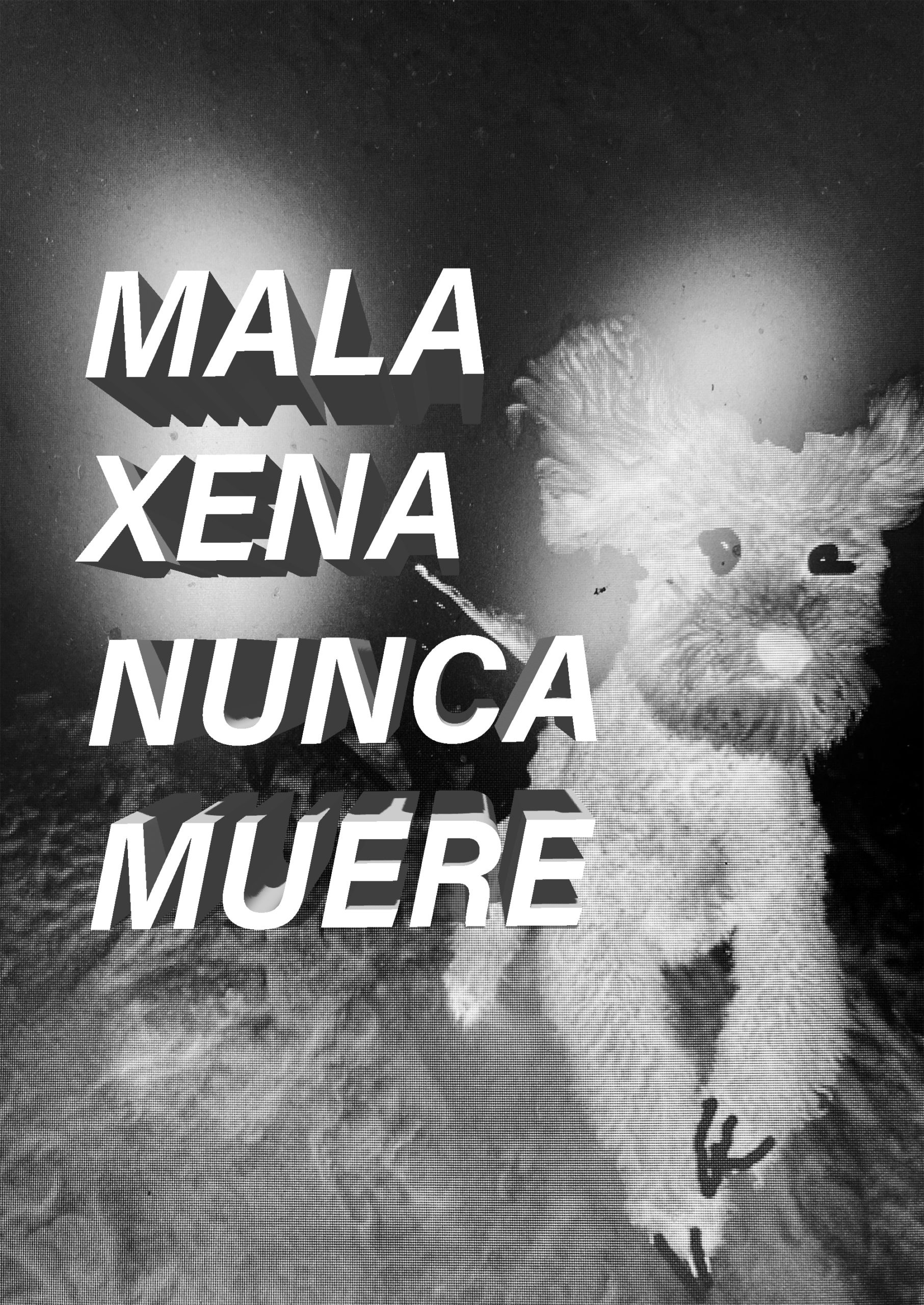 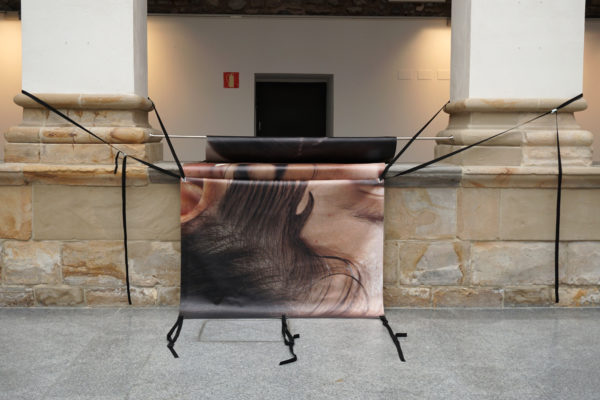 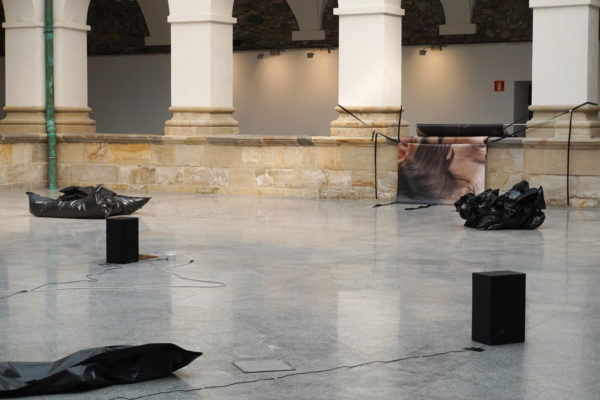 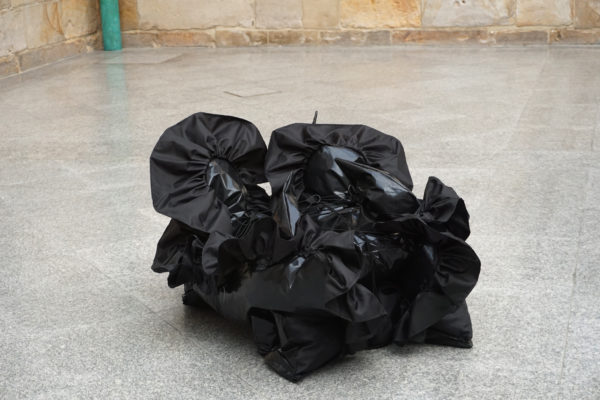 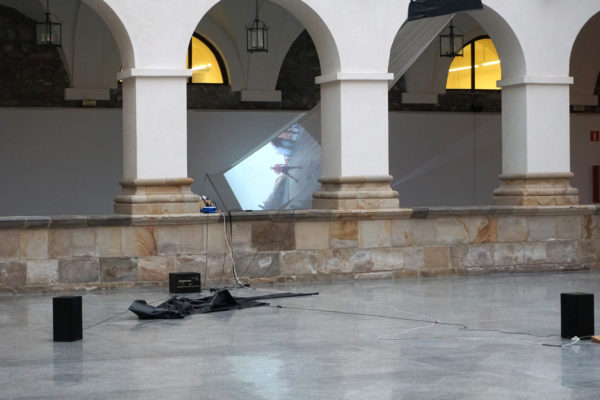 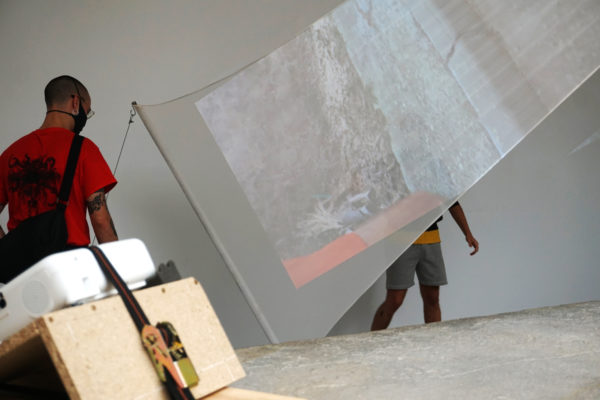 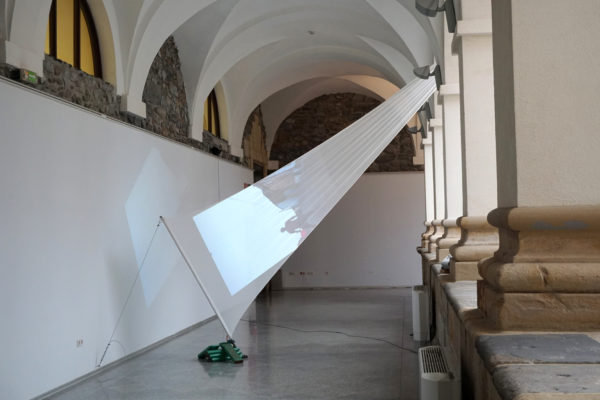 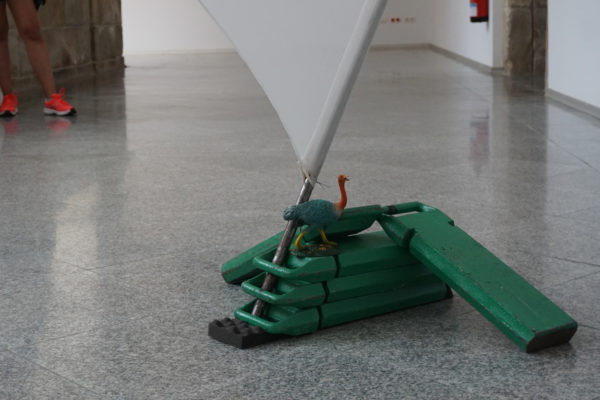 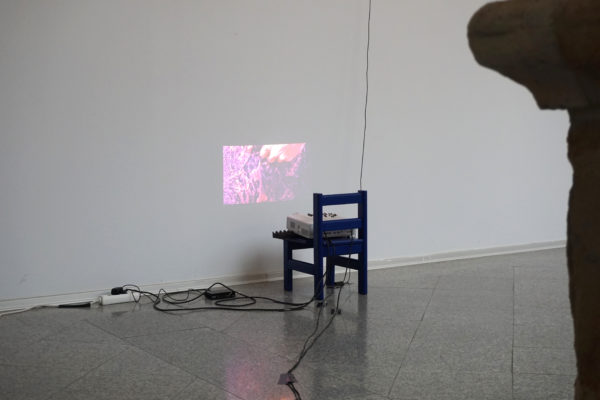 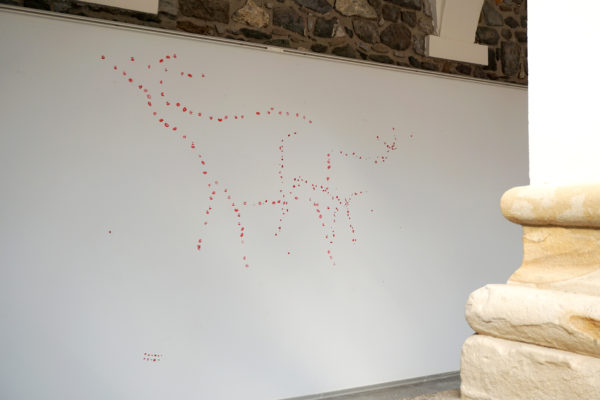 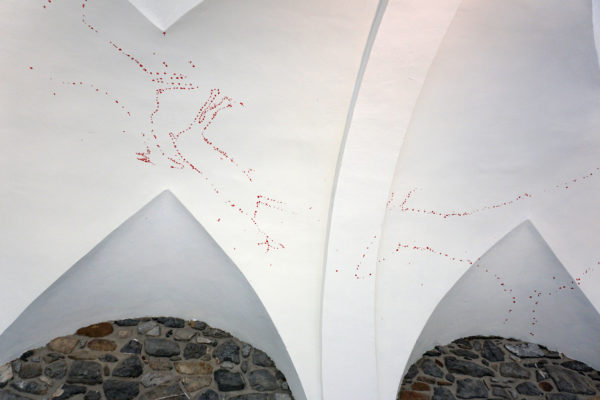 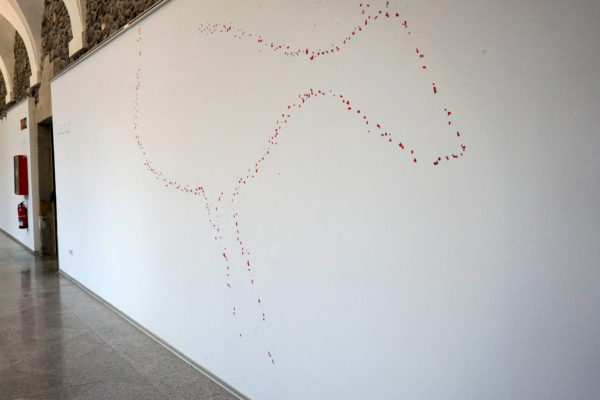 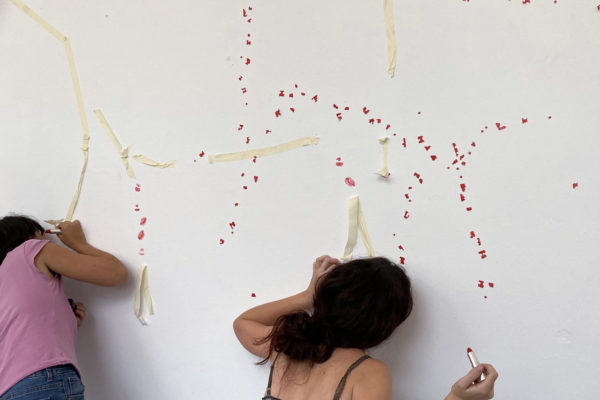 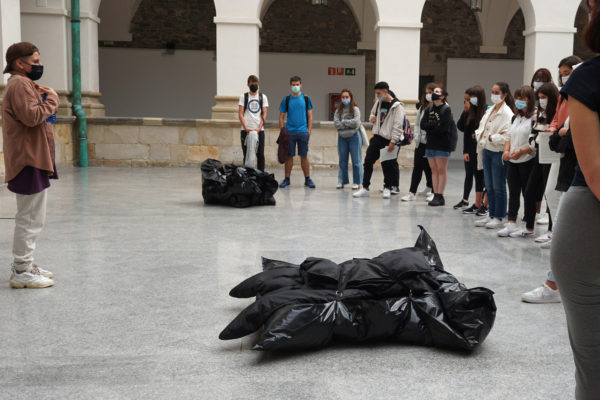 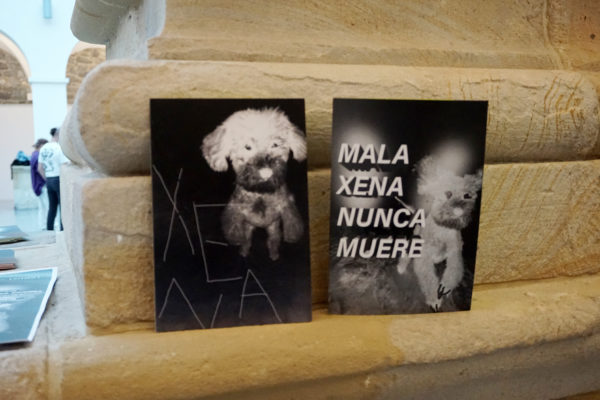 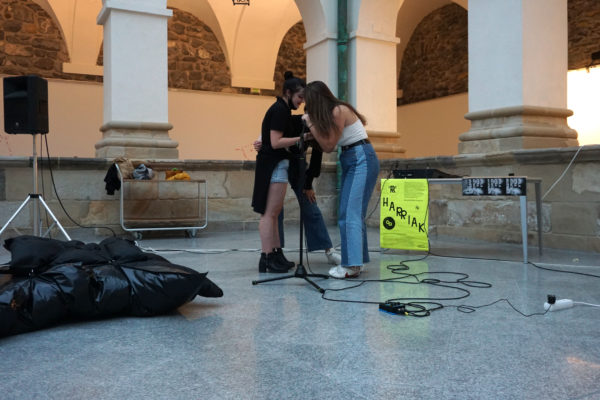 The Mala xena nunca muere exhibition is born from an emergency we respond to with another emergency, with rushing in. Deciding on the concrete and exploring that left open to other possibilities in the Xena exhibition presented barely two months ago* is the motivation behind our offering. We fiercely and daringly cling to the idea of listening to the physicality of materials colliding with the space, and we see how one of our few supporting convictions is established: an exhibition is always an open, mutable process. As such, this is not a travelling exhibition.

M.Benito Píriz, Ander Perez Puelles, and Ainhoa Lekerika are three young artists called back to reactivate the joint practice experience -on a single body of work- that they drag, constrain, stick, and remake in the Kulturate cloister. In their diversity, pieces and attempts at production come together in the space to establish unexpected relationships between each other: M. Benito presents a series of photographs printed on canvas, work that gives voice to her own generation, using urban culture as a baseline; Ainhoa draws forms through points in the space whose presence is conceived as a means for provoking encounters; Ander uses a camera as an object that is autonomous in its decision to record, presenting a video connected to a plastic and cloth structure whose form is produced through doing. 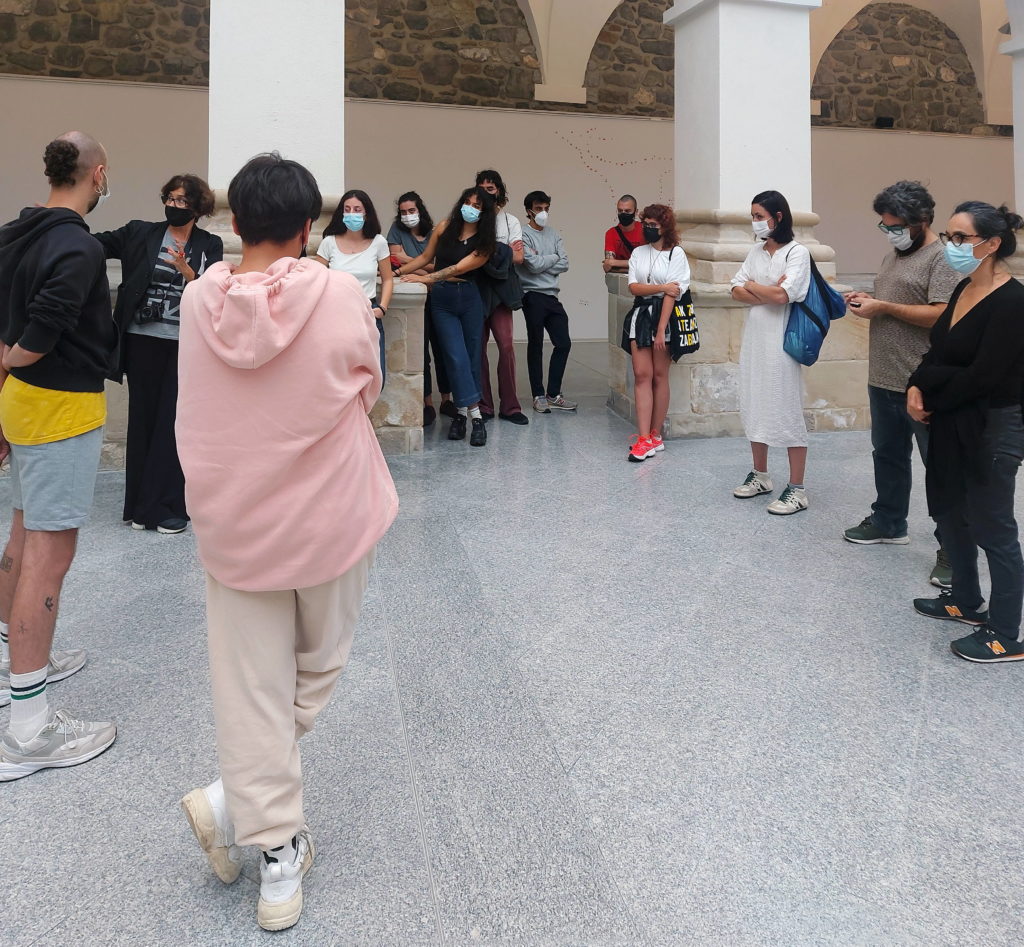 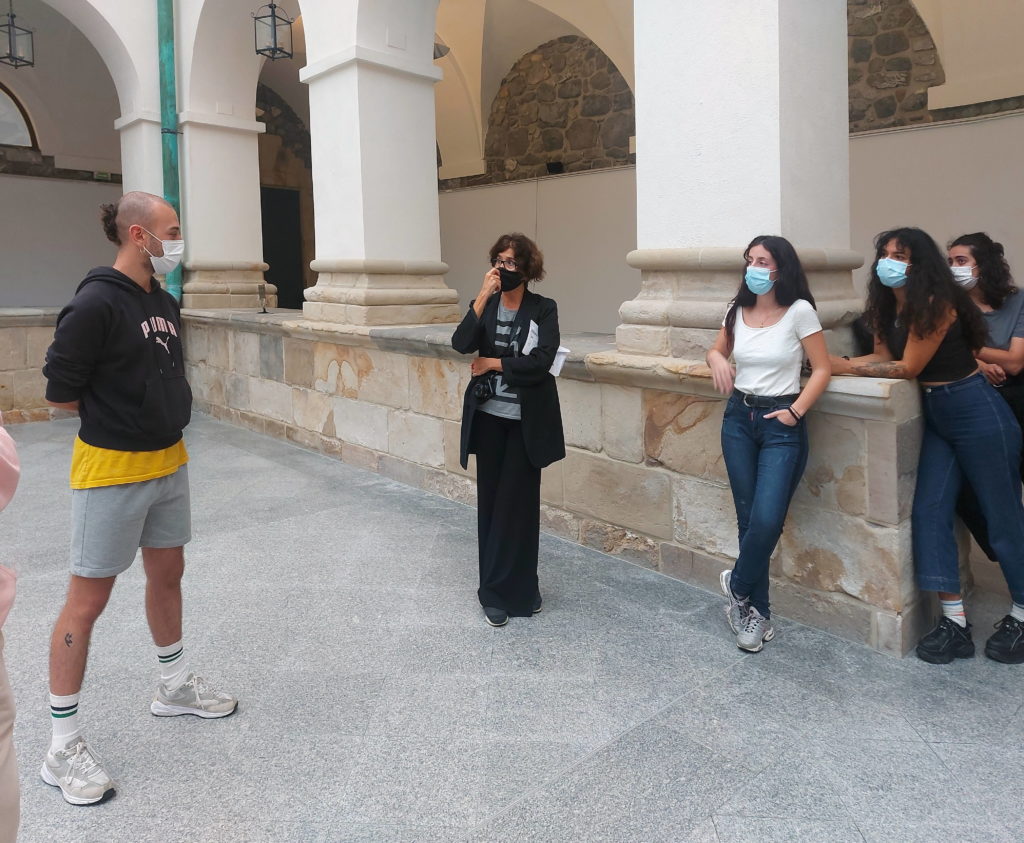 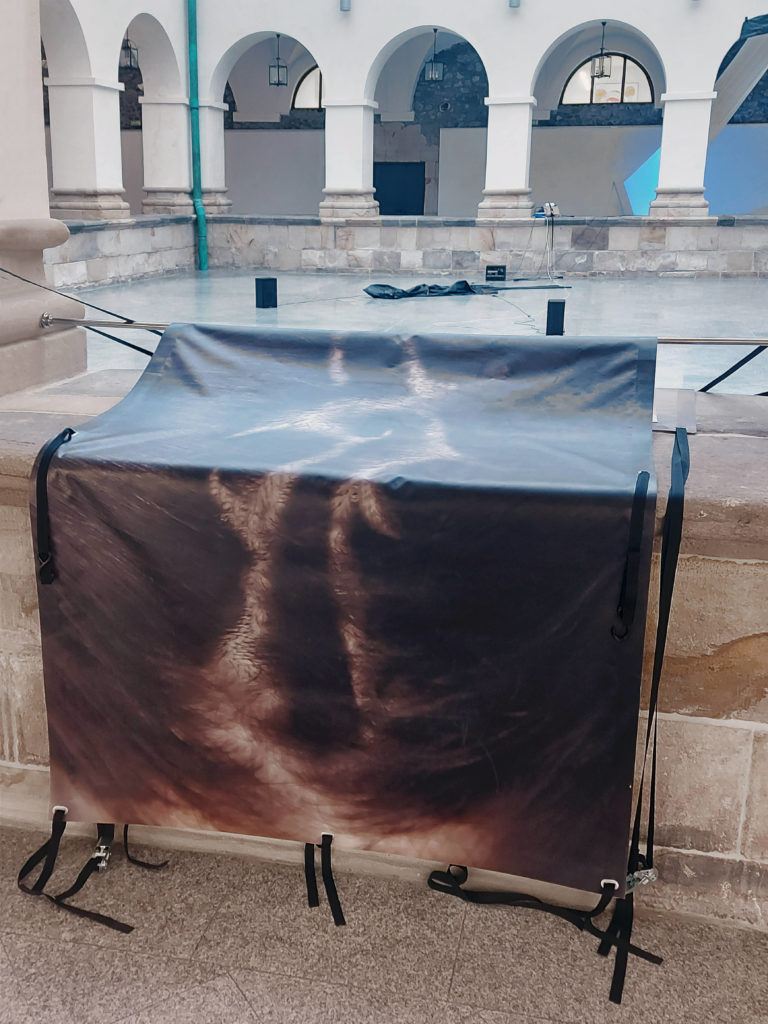 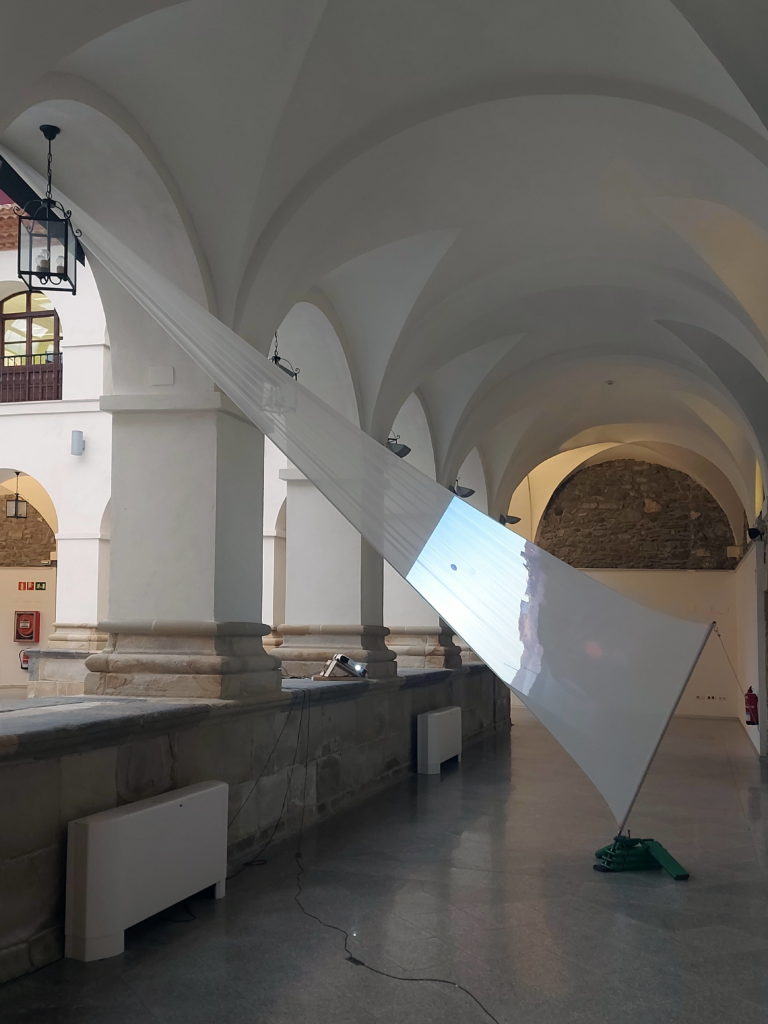 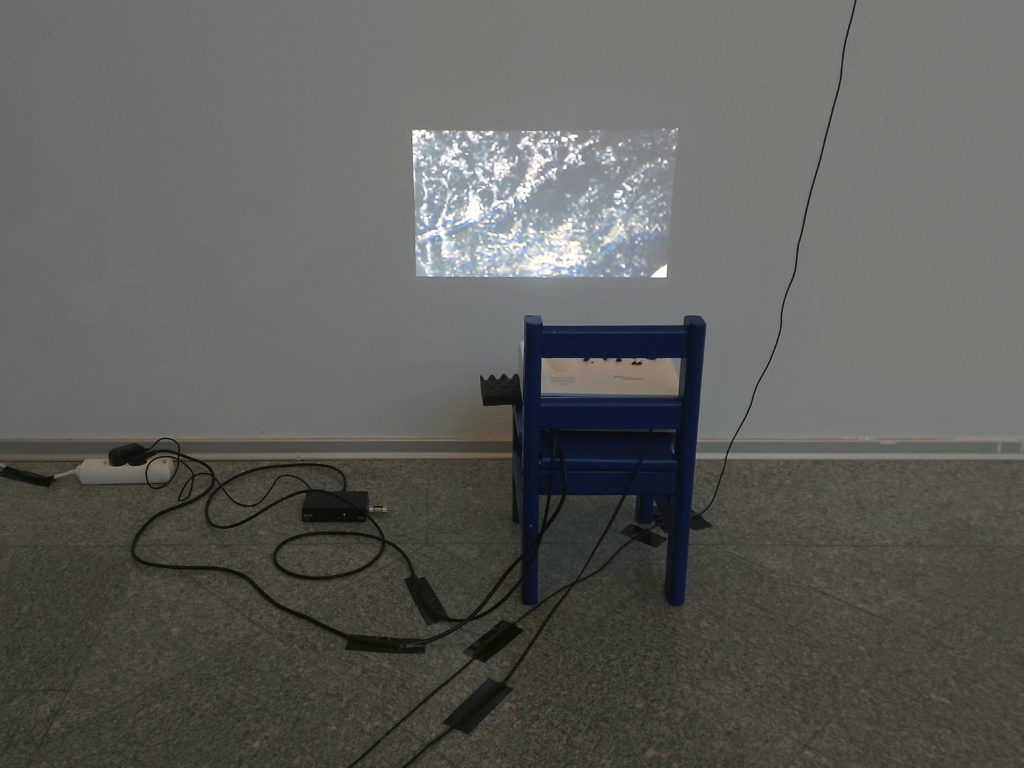 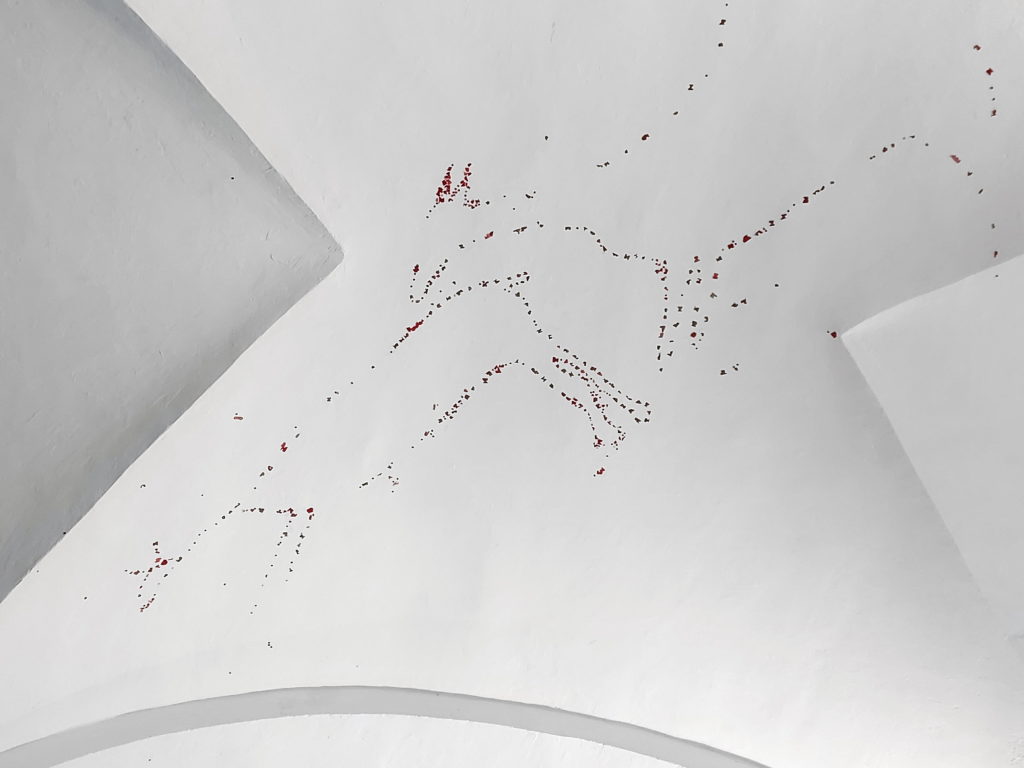 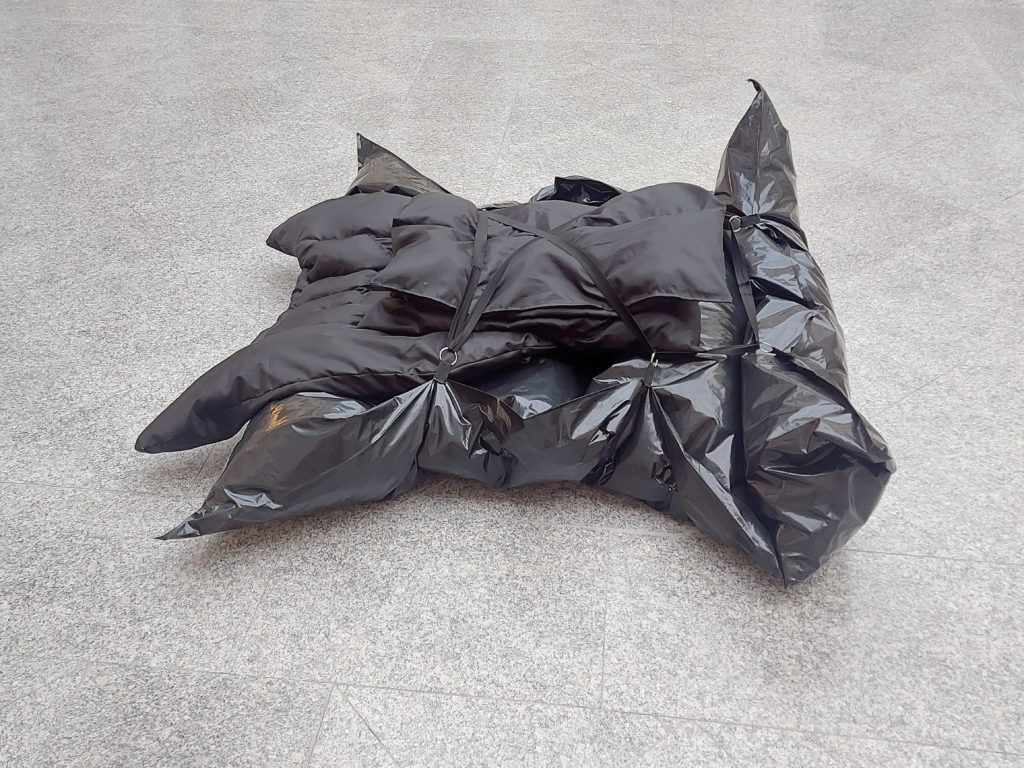 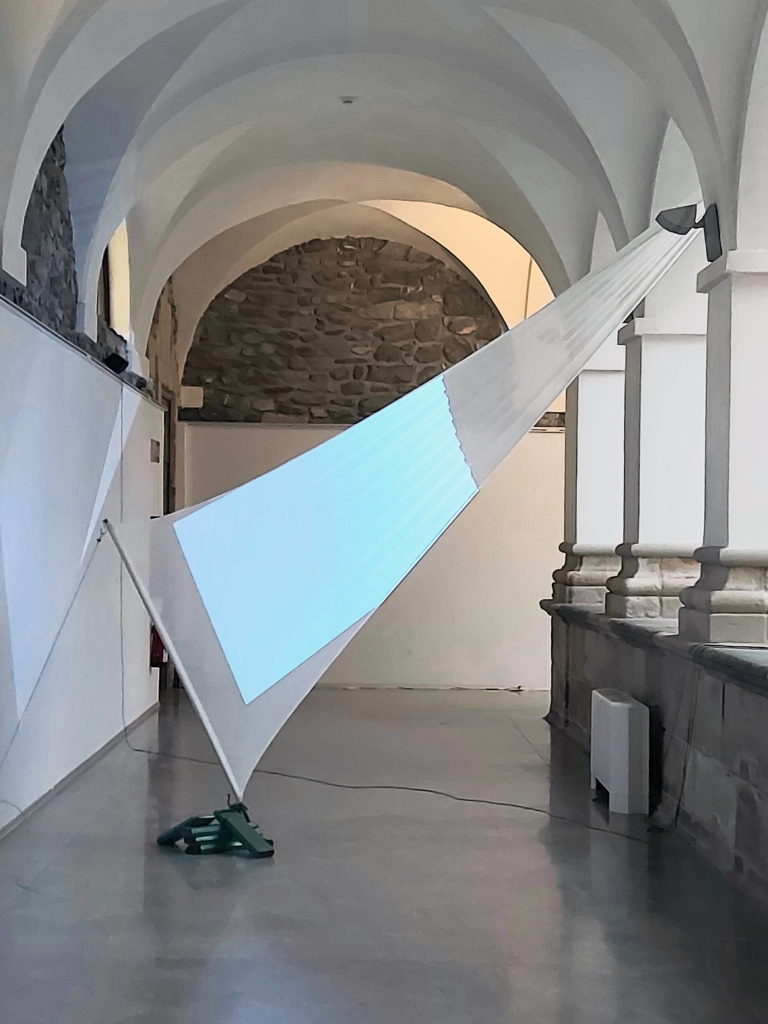 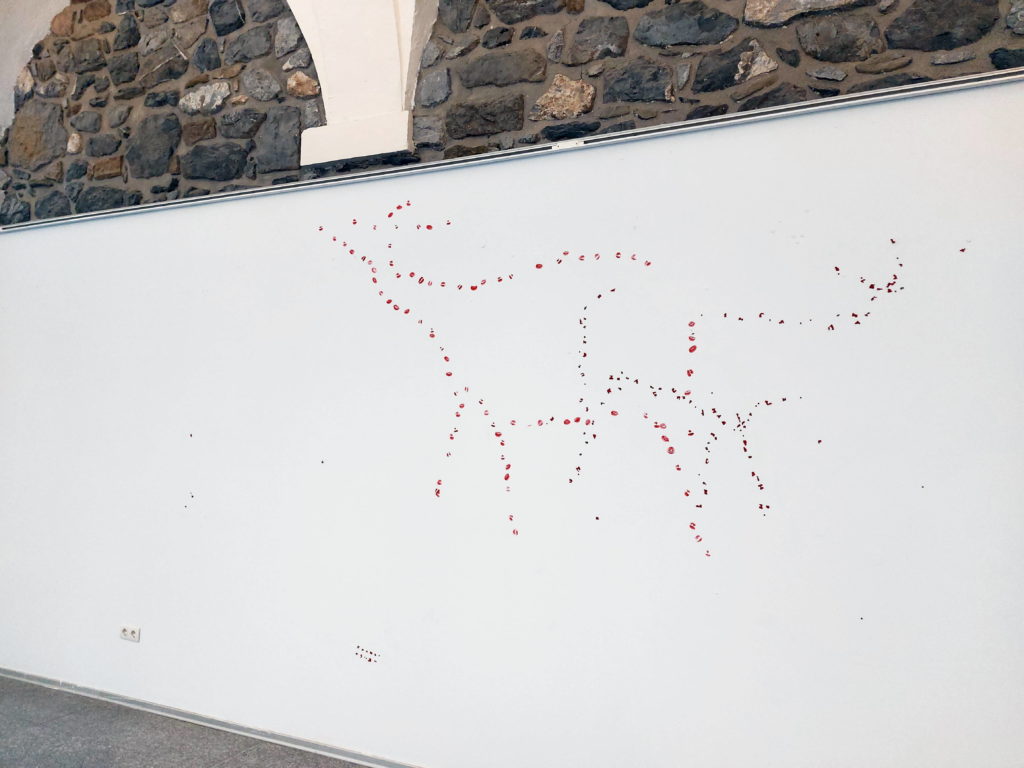 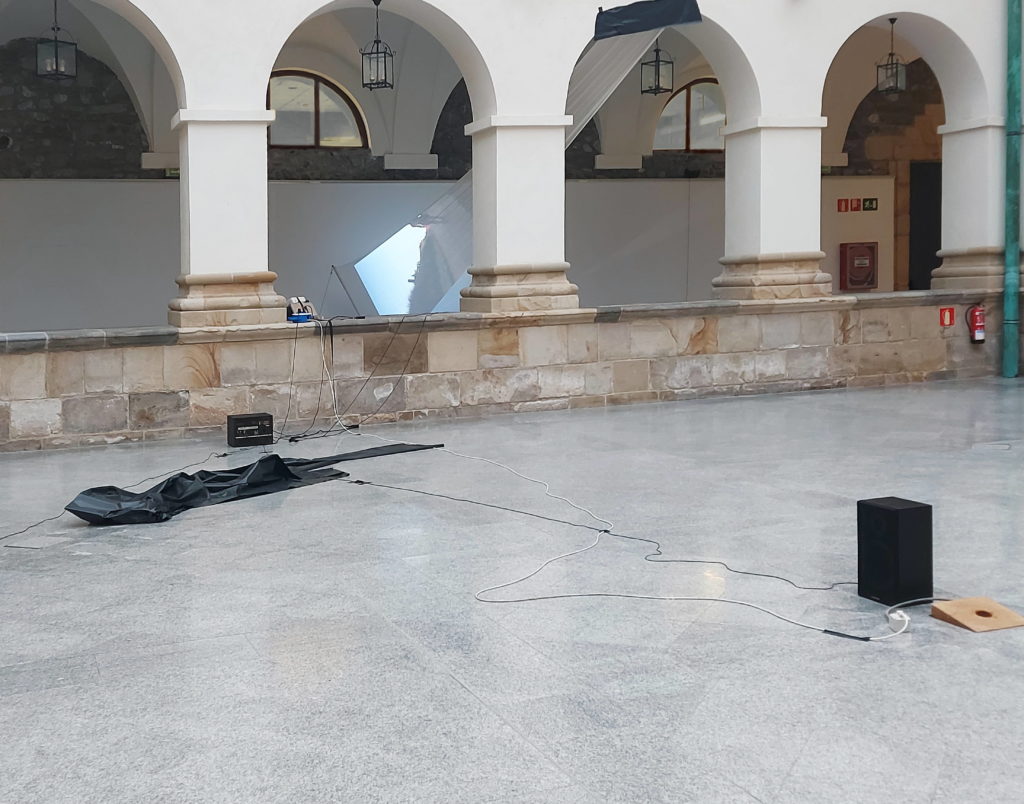 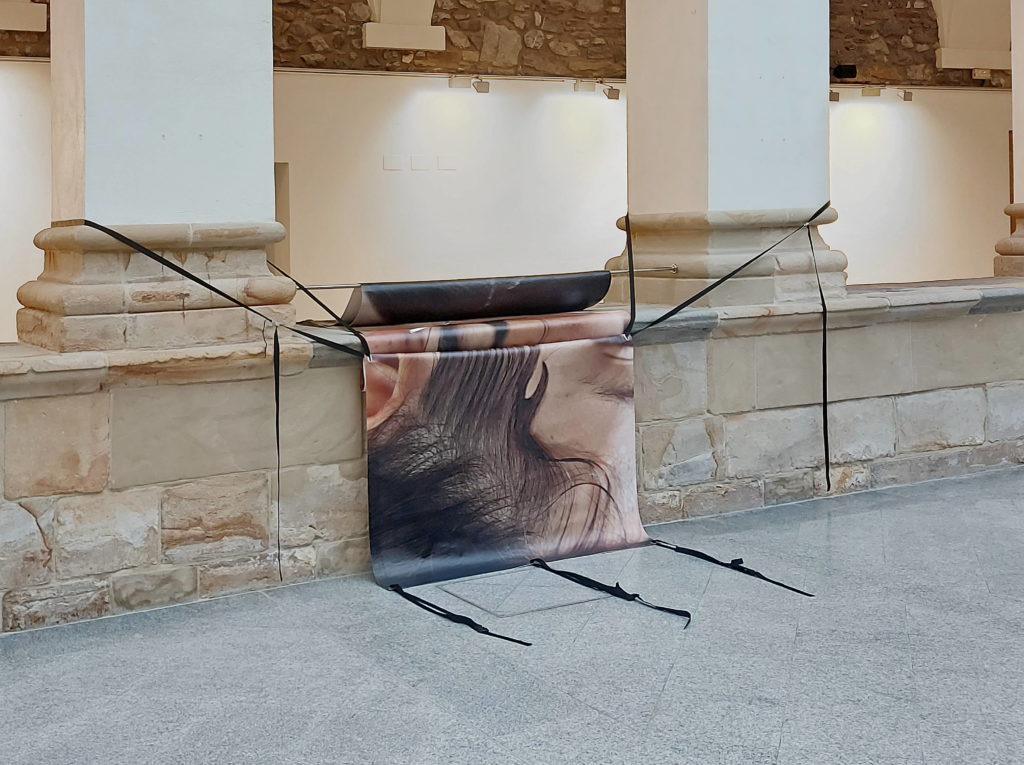