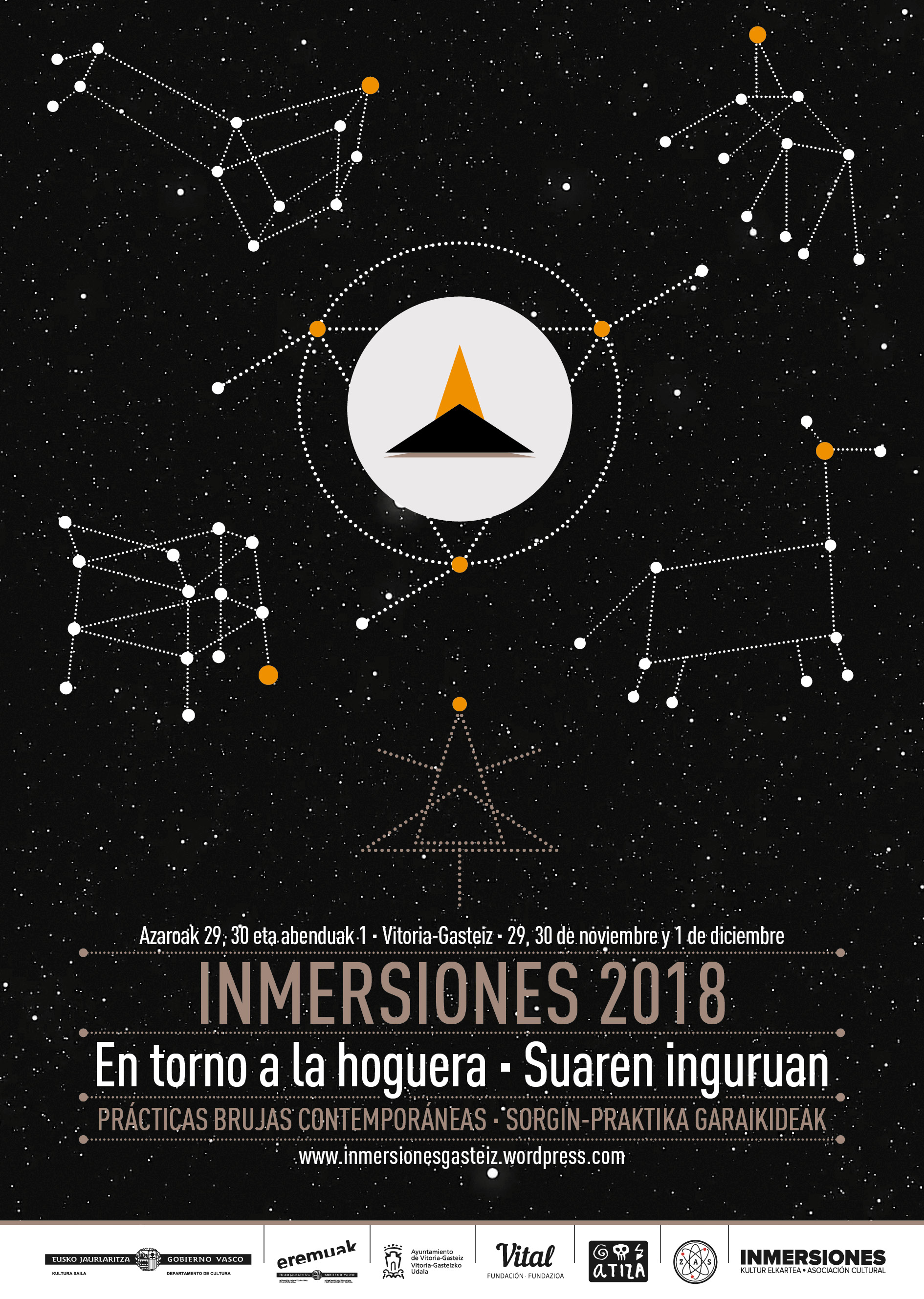 “Inmersiones” (“Immersions”) is, in essence, a conference for emerging artists around which a series of activities have been organised to strengthen, accompany, illustrate and enrich the conference’s presentations. It’s about sharing knowledge throughout the week in which the activities are held.

This year, we’ll have María Ptqk as the curator of activities. Under the title “En torno a la hoguera” (“Around the Campfire”), the contemporary practices of witches will be addressed, understood as knowledge that exists outside of the conventional realm (knowledge without authority or that is delegitimated, unusual methodologies, underground and fringe arts, peripheral and marginal sciences), as well as environments of sorority and refuge in which one can find protection from the enchantments of modernity.

Spell Contest Exhibition – inauguration
Approximately twenty artists have participated in response to an online call. The spells were published on social networks and will be listed on display in the Zas Kultur space during Inmersiones 2018. The winning spell is the song “Viajera del no-mundo” by Moonshakers.