presentation of the publication ‘400m’ 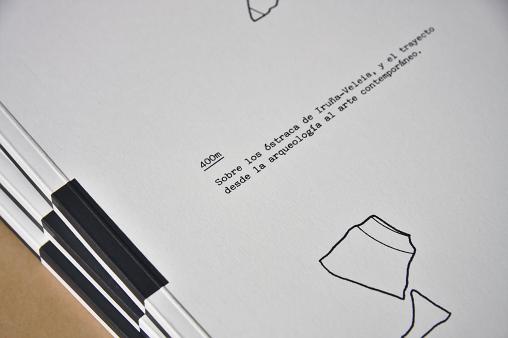 400m is the distance between the museum of archaeology and the museum of contemporary art in Vitoria-Gasteiz, in the Basque Country. It is also the title of our new book about the controversy that arose around the archaeological finding of the ostraca in Iruña-Veleia: hundreds of fragments of Roman ceramics with inscriptions of drawings, texts in Latin and what seemed to be the most ancient written evidence in the Basque language found until then. However, the inscriptions were considered by a select expert committee to be fake.

The book will be presented for the first time at the exhibition “The Materiality of the Invisible” at the Van Eyck Academy, and will be on sale during the annual congress of the European Association of Archaeologists which will be held in Maastricht from 30 August to 3 September 2017.