400 m is the title of a publication which traces the dialogue between contemporary art and archaeology. We start with a specific case study: a series of Roman ceramic fragments found in the archaeological site at Iruña-Veleia (Álava). The fragments are engraved with drawings and Latin texts, and a series of phrases in Basque. After the initial euphoria following publication of the finding in 2006, a scientific advisory committee ruled that the fragments were fake, leading to a legal process and a debate about their historical significance. Both remain open.

The main theme of the book will be the loan request that we made in 2016 to exhibit the original pieces from Iruña-Veleia in Artium, the Museum of Contemporary Art in Álava. The idea was to move the pieces — physically and conceptually — a distance of 400 metres from the Archaeology Museum where they are currently held. We wanted to facilitate readings and interpretations beyond the opposition between fake and authentic. We develop such readings and interpretations in the seminar ‘Loan Request’, part of the eighth edition of Proklama, the Azala Kreazio Espazioa programme in Artium .

400 m will gather several lines of reflection explored during this seminar, with texts from Iñaki Martínez de Albéniz, Harkaitz Cano and another of ours. It will be printed in the Jan van Eyck Academie using a mimeograph, a technique which uses a punch or writing machine to engrave a special template covered with wax , creating stripes which then pass through the ink. We will thus outline a technical relationship with the method used to engrave the ceramic fragments from Iruña-Veleia. 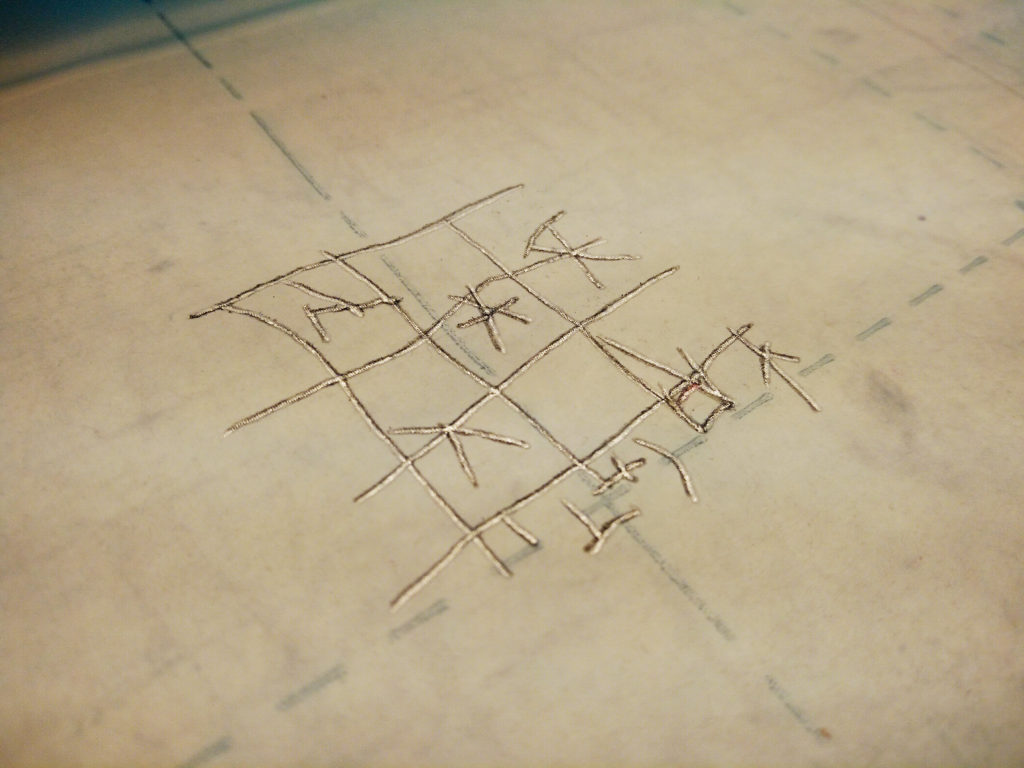