In 1910 Georg Lukács wrote: «There are experiences for whose expression even the simplest and most restrained gesture would be too much, and at the same time, too little».

The image you see is the result of a photograph of a bouquet of flowers offered to the writer Blas de Otero on Egaña Street in Bilbao. The flowers seem withered, as it has been at least a week since they were left there, and they are held by Otero’s bronze arms, in a curious association of matter and relationships of symbols and meanings.

This may be a form of too much and too little, a gesture full of enthusiasm and at the same time tremendously transitory, perhaps helpless, in its symbolic purpose, like any other floral offering; and more helpless yet due to the transience of living matter, putrefaction and total disappearance.

It is just an example. I think about those experiences, and not only experiences but symbolic acts, for whose expression even the simplest and most restrained gesture would be too much, and at the same time, too little… and I wonder what is too much and too little? Are those flowers and the act of offering them too much? Are they too little? 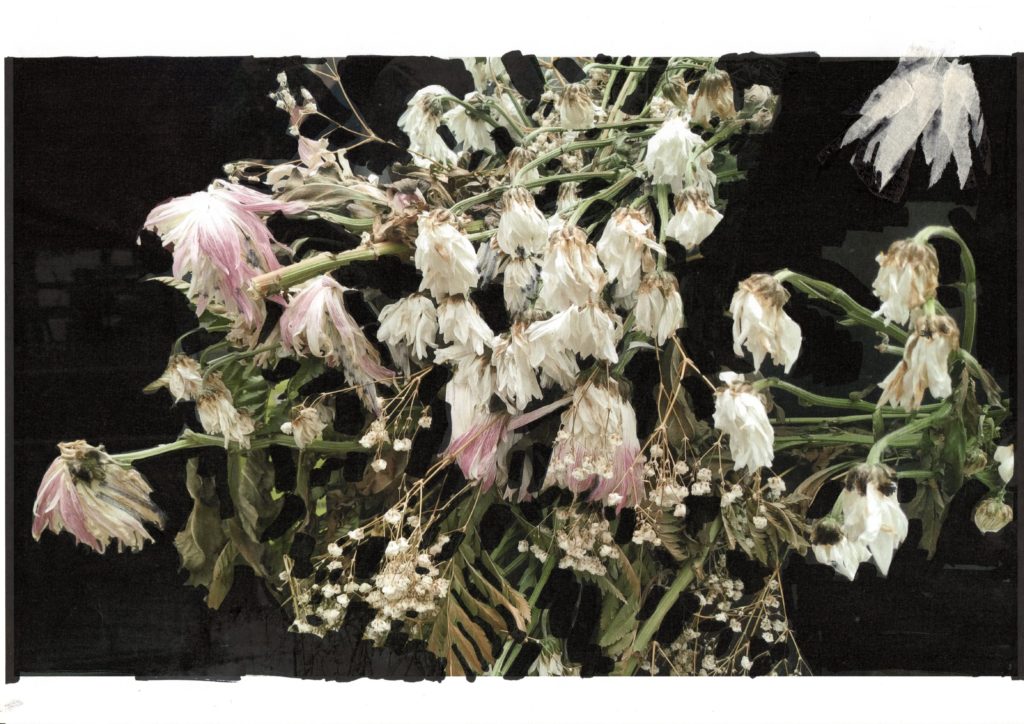