About seven years ago I edited the fanzine Boys, an erotic magazine for women. My main motivation for producing this series of drawings and then creating the fanzine was the result of a simple reflection: there is hardly any material of this kind created by women and for women. For the fanzine I used a very 1950s aesthetic, as if it were a vintage magazine. They were mostly black and white drawings, done in pencil or ink. I based the drawings on photographs by artists such as Bob Mizer and Andy Warhol and also photographs that I found in magazines and the Internet. 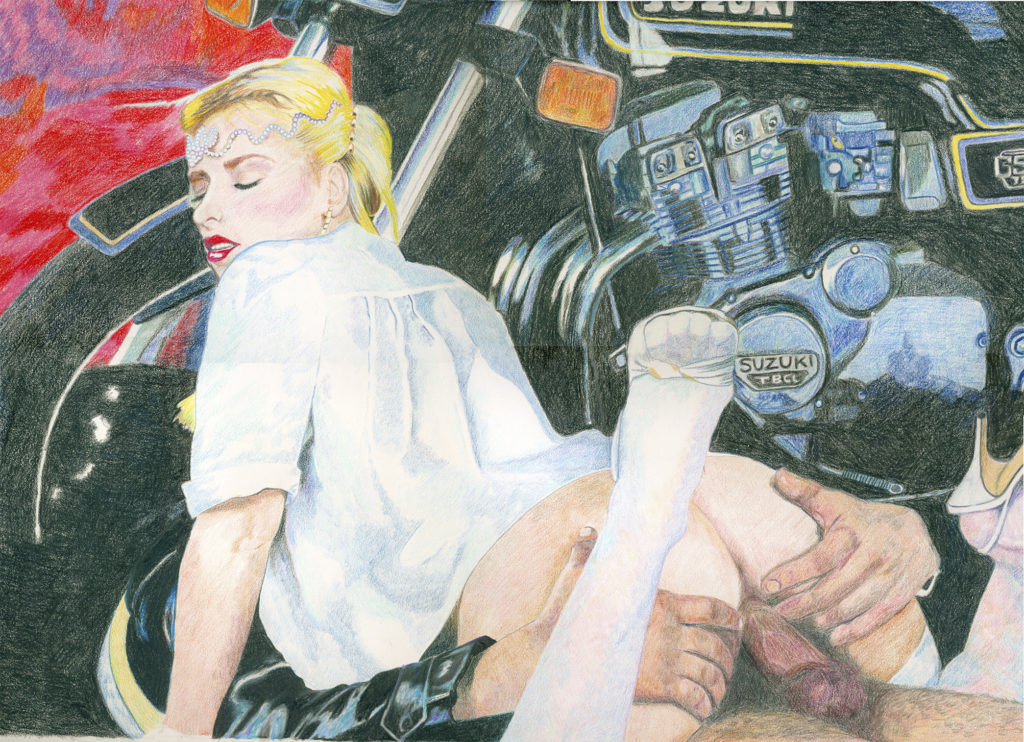