According to the work concept currently in vogue, not only is there a separation between the worker and the product of his/her work, but also between people and their desires.

In this social scenario in which control and communications are at the centre of power, and having gone beyond the “factory society”, every instant of our life becomes productive. Unemployed and employed, rich and poor, we all produce in the “space-time” of capital because the whole of society produces through this new abstract form of work (communications, software, advertising, design, and so on). In this new space, even people’s subjectivity is produced, “society is produced”.

Immaterial workers, those who work in advertising, in fashion, in marketing, in computer science, (in art?), satisfy the demand from consumers and at the same time establish their own forms of consumption and lifestyles.

Because, on the one hand, there is still a point of view that sees artistic and cultural practices as an “extraordinary” field of social activity compared to normal work and lifestyles.

But, on the other hand, it is worthwhile dealing with the conditions that make cultural and artistic work insecure as a process of economic and institutional exploitation. In many cases, it involves regarding insecurity as an accepted, self-imposed condition, and may exist in a (self) conception of artistic practice as an exception to the rule.

We are faced, therefore, by a paradox: a contempt for the current conditions of artistic work and the inner need that activates this; the depreciation of artistic work (in education, in daily life) and the fight in which we see ourselves immersed to keep it alive, even though we do so under conditions of great insecurity.

inmersiones 2015 takes as its byword “Down with work!” as a rejection of work understood as a weapon of social control of the post capital era and, at the same time, proposes art as a place of resistance (too) in the workplace. 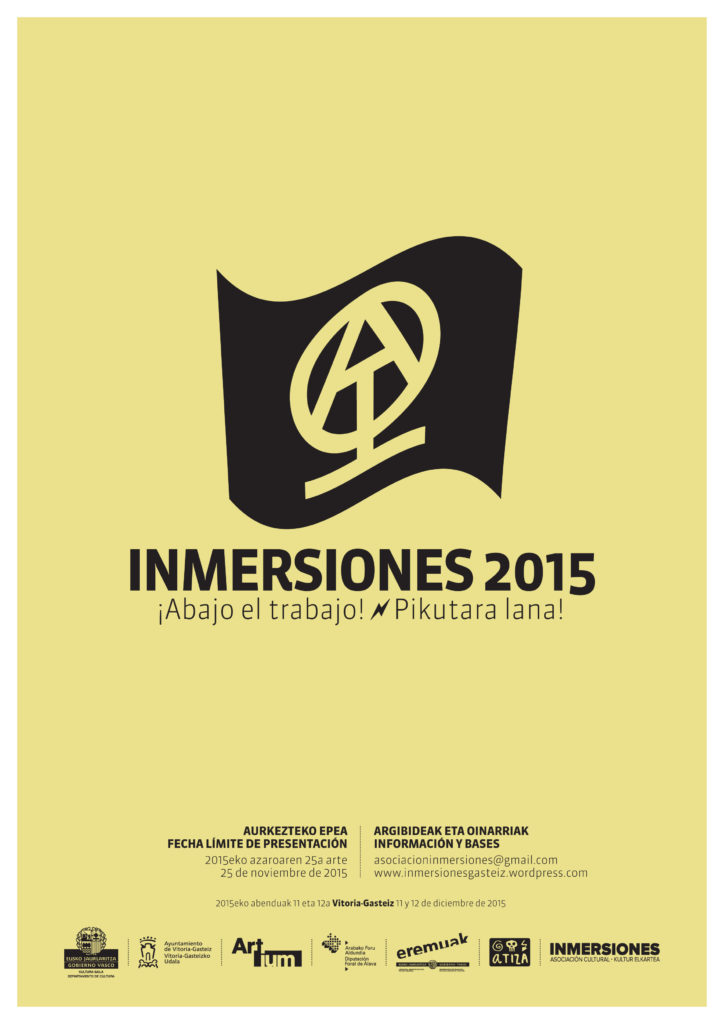