The setting up of A*RTIATX will involve the adaptation of the exhibition space, its establishment within the context of Bilbao and the public presentation of the first project, which will consist of a cycle of two interventions called “Lekua Lekutan”. The cycle is based on the first solo exhibition by Julia Spínola in the Basque Country and a sound installation/intervention by composer Abel Paúl composed specifically for the Artiach building. For the implementation of these proposals both Julia and Abel will work from the beginning of their projects in and for the Artiach building, thus blurring the boundaries between studio and exhibition.

Through literal and figurative listening, we want to put the Artiach factory back into operation, but this time for the production of contemporary art. Both Julia and Abel will establish a relationship with the building, from an auditory and from a visual perspective, in order to empathise with and respond to the stimuli generated by the factory, its apparent abandonment and the traces of the past that it preserves.

With Julia’s work we witness the providing of access to the world of objects, in the sense of a complete conceptual understanding of things, and the activation of a responsive space. With the intervention of Abel, an invitation to a dialogue with the space itself in sound is offered, where the acoustic event forms a continuum between the building’s own spatiality and the sounds generated and emitted within it, identifying new ways of listening, using space as a musical score capable of being interpreted in different ways. 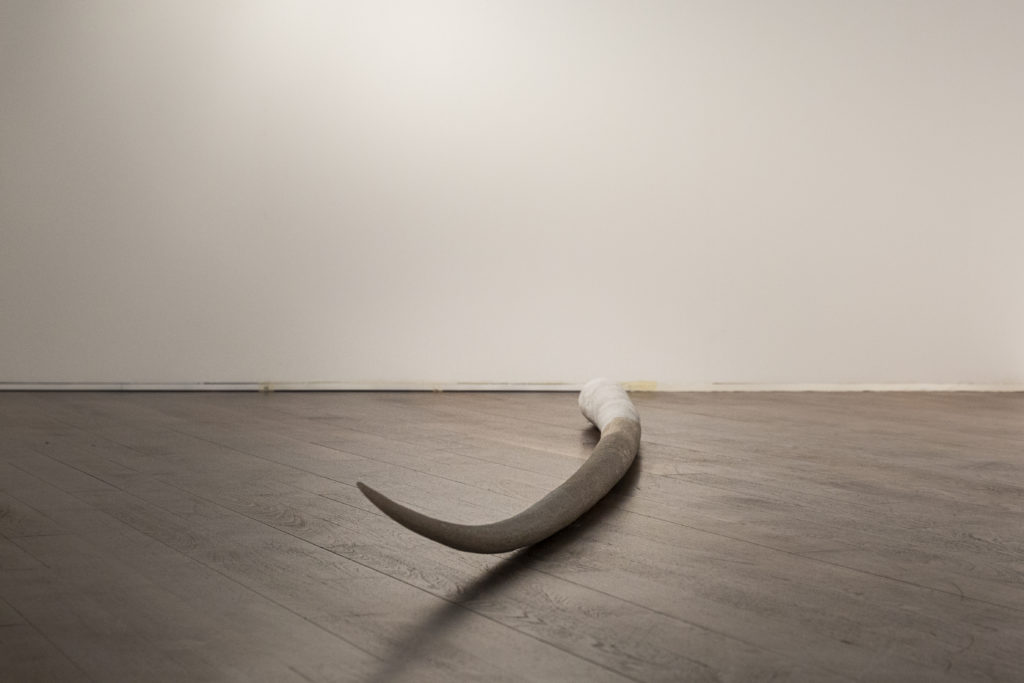