We have taken the title from a talk given by the artists Cabello/Carceller at the Montehermoso Cultural Centre (Vitoria-Gasteiz). They used this sentence to refer to their own practice. The sentence is a critical appropriation by the artists of a statement by the Swedish artist Ann-Sofi Sidén, who, with regard to the theory, felt like a bird with regard to ornithology. The idea proposed by Sidén is based in turn on a famous sentence of the artist Barnett Newman who, in the Fifties, said that “aesthetics for artists is like ornithology for birds”. In addition to sharing the opinion of the artists, Cabello/Carceller, that the line between research and praxis in contemporary artistic practices is blurred, the title itself is a production line of appropriate, shared and (re) produced ideas.

The title shows that this work has emerged from consonni´s own practice, which is also presented as an art producer. The intention is not to carry out an exhaustive research from a scientific distance but to do this based on practice itself and on the different moments of work (chats, studio visits, residencies, etc.) in which consonni is becoming involved in different contexts. The two analytical premises that consonni is to unravel through approaches to the work are as follows: “the development of the concept of production in contemporary art” and “the way in which artistic practices occur within the current conditions of production.”

The processes of research and production intermingle and feed off each other.

The concept of production in general is a process to transform certain objects into another or other different objects in order to satisfy requirements (human). Although all societies have had a number of different production tools, the mode of operation of which has been gradually defined, it could be said that following the industrial revolution, in the modern economy, the term “production” is exalted. It is perhaps for this reason that, over recent decades, the concept has gradually taken on special significance in the art world. Or it might also be that a term with market connotations is useful when culture is more and more understood as a resource than as a right.

For consonni, in addition to the aesthetic formalisation in itself, the production modes or conditions (contracts, the fees of artists and other professions, promotion and adapted dissemination, diversification of sources of financing, contextualisation, etc.), are an important part of the process of artistic creation. When consonni came onto the scene in the late 90s, the term “production” was scarcely used but today, within the contemporary art context, a great deal is spoken and published about production, emphasising or denying its importance and it is still not clear whether we are talking about the same thing:

How does production think? How are processes planned… as documentation or work? How do production and exhibition coexist? What are the stages into which production (immaterial) is divided? Should political positioning be inherent to the idea of production? Is it possible to speak of production without developing a conscience about the modes and conditions? And without bearing the context in mind? Does the use of the term “production” favour the compression of culture as a resource? Is nonproduction a real alternative to production? Does production refer inevitably to collective work? As a fight between production and the public? Artist as producer? Curator as producer? Who is the author and who is the audience on the production line?

interviews  The profiles of the interviewees will be mainly professionals from the art world (artists, producers, curator, critics, and so on) will also people from the world of politics, activism and the economy. In view of the fact that, although research concentrates on contemporary art, it is not possible to forget the origins of the word “production” and the importance of including the term within a broader production system which, moreover, at present and especially in Europe, is in deep crisis.

The interviews are being recorded in video and audio, generating an archive of basic documentation for the analysis. The working methods with this material are being established with different researchers, artists and institutions involved in the project. Some interviews will be visible on video platforms such as “vimeo” and a website on the project. Other forms of presentation of this material will be defined little by little.

case studies  Organisations engaged exclusively or mainly in contemporary art and with a different positioning with respect to the production concept. Some arise from artists or other professionals, from the public or private sector, with small or large teams, with a different approach towards the notion of production (of knowledge, ideas, tasks, products, work, and so on). The financing programs of the project (Eremuak and The European Cultural Foundation) will be, in some ways, part of the research.

The analytical methodologies will be diverse and adapted. We have agreements to be in residence in IASPIS (Stockholm), during the months of May and June 2012, HANGAR (Barcelona), in November 2012 and in MATADERO (Madrid) in 2013, to analyse their working methods in situ. Advantage will be taken of being in these places of residence in order to learn about other working spaces and also to convert these, should these be studied. Interviews are made with the personnel of organisations and a questionnaire is distributed in order to analyse the special characteristics of each place with regard to the concept of production.

public moments for debates and meta-production projects  It is important to analyse and research the production of contemporary arts itself from the same praxis of art. And to do this from different points of view and interpretations of different artists and other art professionals. Consonni is working with a number of different institutions located in different countries, which represents an opportunity to analyse the specific production conditions in each specific case. In Hangar and Matadero, conversations are underway in order to carry out a public programme compiling different formats (talks, debates, round tables, reading groups, workshops, new production projects, and so on).

Cmobile: a mobile production office  Together with each public programme a mobile production office will be organised. A moment to conduct interviews but also in order to continue developing the research. A space to analyse the project and the production conditions of each public programme in itself. Different researchers, artists and other professionals to analyse the project material (interviews, questionnaires, texts, etc.). The intention is to carry out publishing work with the publication of several reading pads and work blocks with texts on production, some already published and a number of new texts. These notebooks will be published by consonni and will be presented during some of the public programmes: from the text by Walter Benjamin and some of the interpretations already written, to new texts by the people involved in the project. These texts and some of the interviews will form part of the project website which will be developed throughout the process. 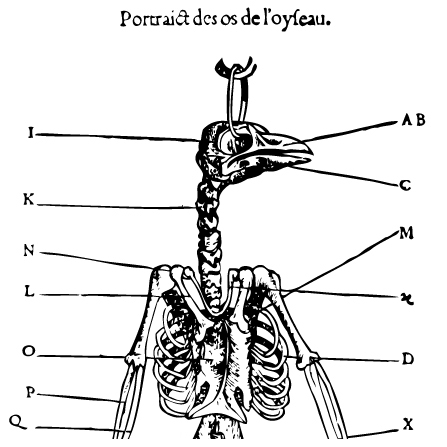