Souvenir is a book for adults made up of two stories: the commercial sex fantasy in “£20”, together with the utopian sex fantasy in “XXY”. In the form of a comic and illustrated book, antagonistic social systems are tackled with a common theme, in which songs, reflection and rebelliousness are shared. Stories of  “autofriction” (Fils, Paris, Galilée, 1977) are generated in this project. Self-referential discourse (and vice versa) is integrated with a subjective will.

A futuristic science fiction story consisting of drawings and paintings on board, which tells of how genders disappeared mysteriously following a long war, giving way to a hermaphrodite community tribal system. The text alludes to the course of a class, to time, territory and energy. 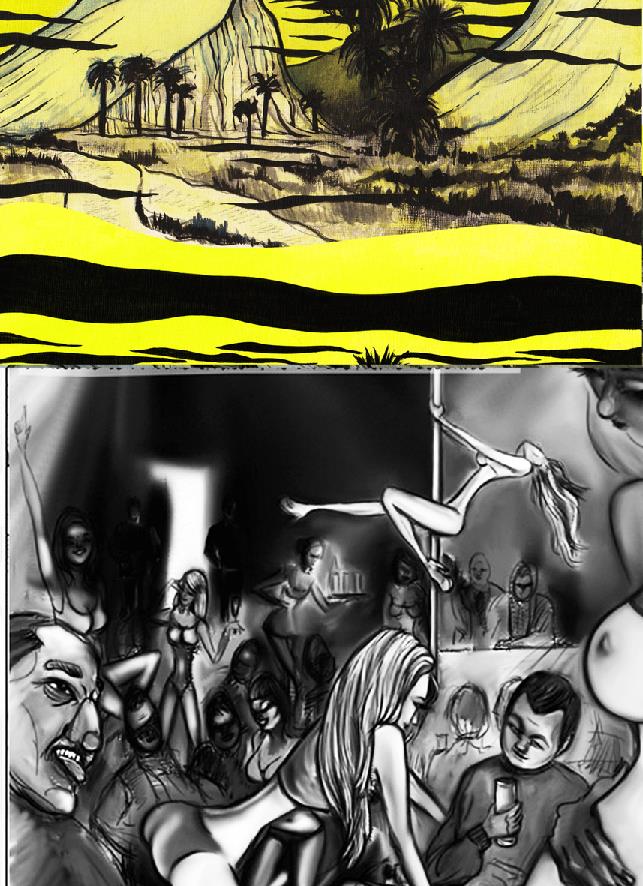